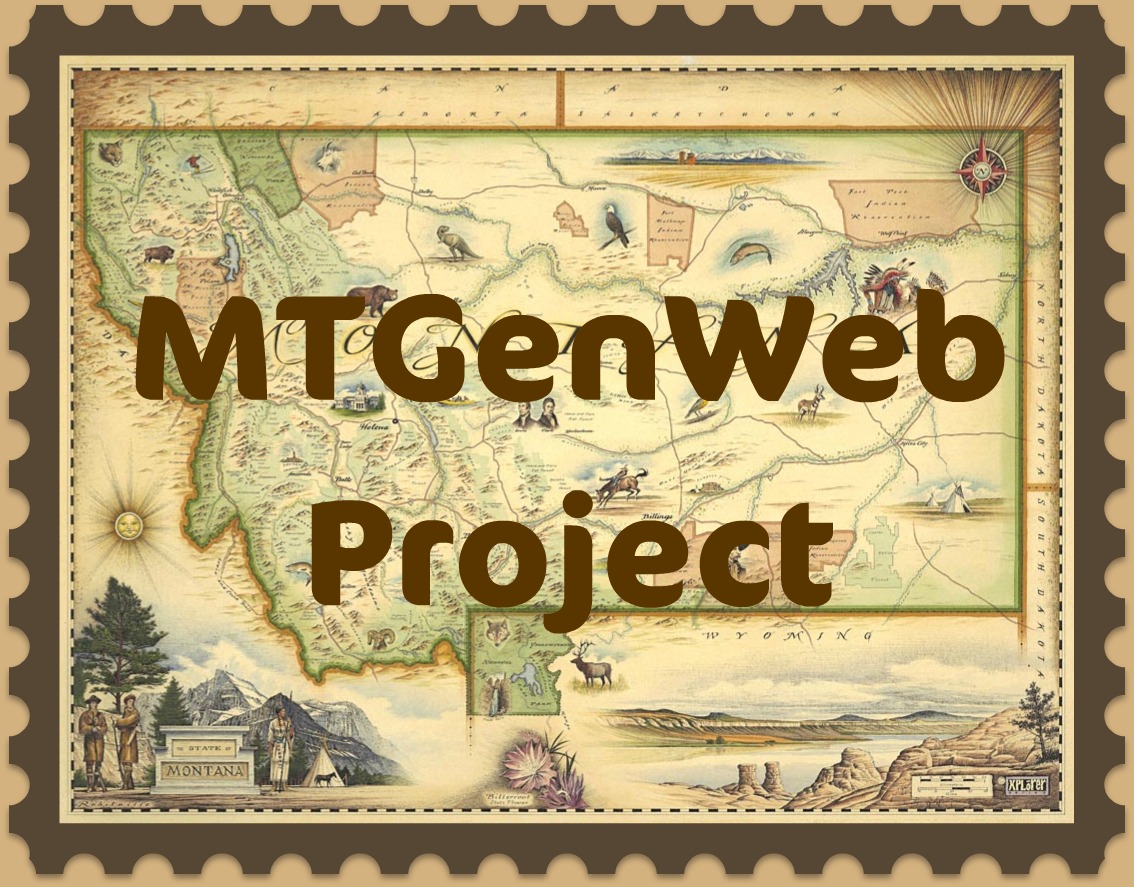 We're going to need lots of help with this page! It is hoped that this site can become of great use to those tracing their Native American roots here in Montana. We would like every tribe in Montana to be represented! If any of you are willing to volunteer information, or will allow us to link to a site that provides historical or genealogical information, please contact me! 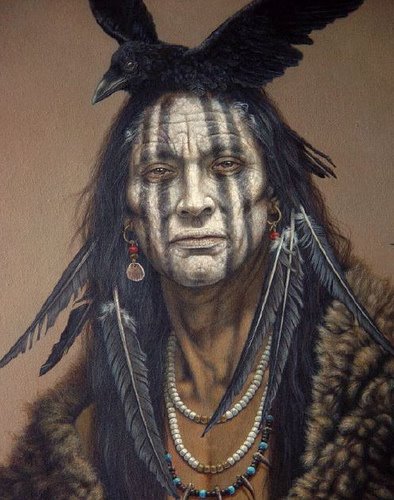 Painting by Kirby Sattler
sattlerartprint.com
©1991-2012 reserved by the artist. No image may be reproduced in any form without express permission of Kirby Sattler

The MTGenWeb Project's Photo Archive
A number of fantastic historical Native American photos from Montana have been added to this site. This site will be growing steadily, so check back often!!!

Phil Konstantin's Native American History and Links site
This appears to be an interesting site to use to explore the history of various tribal nations as well as find links to a myriad of good Native American sites!

The Glenbow Museum
Located in Calgary, Alberta, the museum has information on the Metis Genealogy and History.

The Tribal Nations Of Montana

The following information is taken from the booklet, "The Tribal Nations Of Montana - A Handbook for Legislators, published in 1995. The booklet was prepared by The Committee on Indian Affairs and published by the Montana Legislative Council, Helena, MT, and is in the public domain.


With the arrival of Lewis and Clark in the first decade of the 19th century, the traditional way of life of Montana Indians became increasingly threatened. By the mid-1880's, the federal government began to deal formally with the tribes, entering into treaties that assigned tribes to certain areas and obligated them to respect the land of their neighbors. However, the mining invasions of the 1860's disrupted these fragile arrangements as miners and others rushed into the prime gold fields that often lay along or within the designated tribal lands. These new inhabitants demanded federal protection, thus beginning the garrisoning of Montana and the eventual relocation of the tribes to smaller and smaller reserves.

The combination of "tribal" and "nation" best encapsulates essential aspects of both the historical and contemporary identity of Indian communities in Montana. There are nine principal tribal groups living on seven reservations in Montana. Three of the reservations are inhabited by more than one tribal group. The Confederated Salish, Pend d'Oreille and Kootenai share the Flathead Reservation; the Gros Ventre and Assiniboine cohabit the Fort Belknap Reservation; and the Assiniboine and Sioux both reside on the Fort Peck Reservation. In each of these cases, the reservation population consists of fragments of larger tribal nations. For example, there are 33 bands of Assiniboine Indians, two of which are represented on the Fort Peck Reservation, where each of the seven primary bands of the Sioux nation are also represented. The Rocky Boy's Reservation was originally inhabited by members of the Chippeway and Cree Tribes. However, because of extensive intermarriage over the years, the tribal rolls list members only as "Chippewa Crees". In 1935, the Chippewa Crees adopted a tribal constitution for the "Chippewa Cree Tribe", officially recognizing the coming together of the two tribes into one. Montana is also home to the Little Shell Band of Chippewa, often referred to as "Landless Indians". Although a distinct tribal group, the Little Shell are not yet a federally recognized tribe.

Tribal nations are distinctive in several respects. They are based primarily (although not exclusively) on ethnic heritage and are racially distinct from other minority groups in Montana and the United States. Most important from a legislative standpoint, tribal nations have a unique status in the American federal system. American Indians are not JUST an ethnic minority; they are also members of quasi-sovereign tribal nations. The Indian nations of Montana are governed by tribal governments that are legally empowered to determine who is and is not a member of that nation. Each of the tribal governments in Montana has established its own criteria for enrollment, with some requiring higher blood quantum levels than others.

Although the Indian population in Montana is highly concentrated in a few counties, Indians live in all 56 counties of the state, ranging from a small percentage of less than 1% in 19 counties to 10% of the population in 29 counties. There are eight counties in which Indians compose 11% to 56% of the total population.